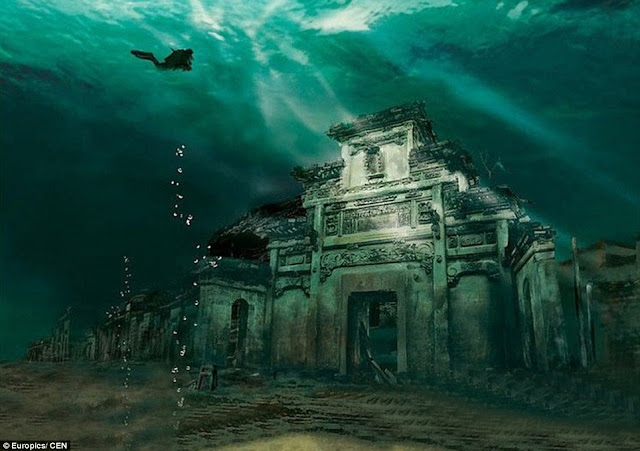 I bring news. Atlantis is real, my friends! And it's located in a lake in China. Also, it's not actually Atlantis, but an ancient Chinese city called Shicheng that was purposely flooded with water in the late 1950s to make way for a dam.

The water-preserved city was largely forgotten about until 2001, which was when the Chinese government decided to dive down and explore this historical and architectural goldmine. What they found were beautiful stone buildings, forgotten city streets, an imposing wall that encircled the city, and Chinese mermaids. Well, just kidding on that last one. But wouldn't that be the coolest?