Blog From the Crypt - Capuchin Catacombs 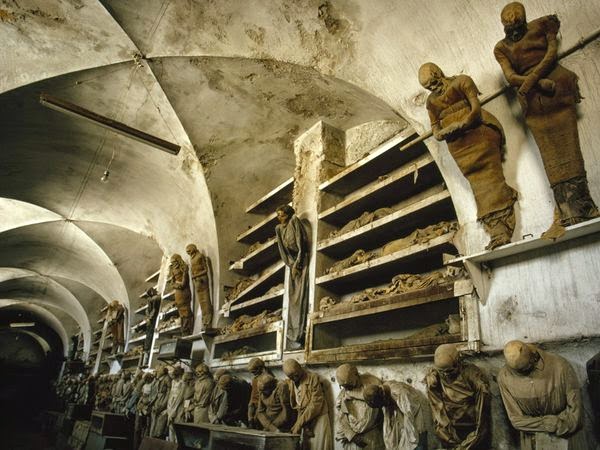 This probably happened to you after your last vacation because it certainly happened to me: I returned home and thought, "I didn't see enough corpses on that trip." If you've been irked by the same realization, spend your next vacation in Palermo, Sicily, where the Capuchin Catacombs are located.

For a mere 1.5 euros you are permitted to descend into an underground labyrinth of dead bodies, the oldest of which was entombed in 1599. Most resemble the Crypt Keeper - skeletons with stubbornly clinging tufts of hair and disintegrating clothes, but some of the newer bodies were preserved using a secret embalming method and remain remarkably intact. The pièce de résistance is the perfectly preserved body of a 2-year-old girl who died in 1920. Now why would you buy a gelato when you could put that money toward visiting this attraction TWICE?