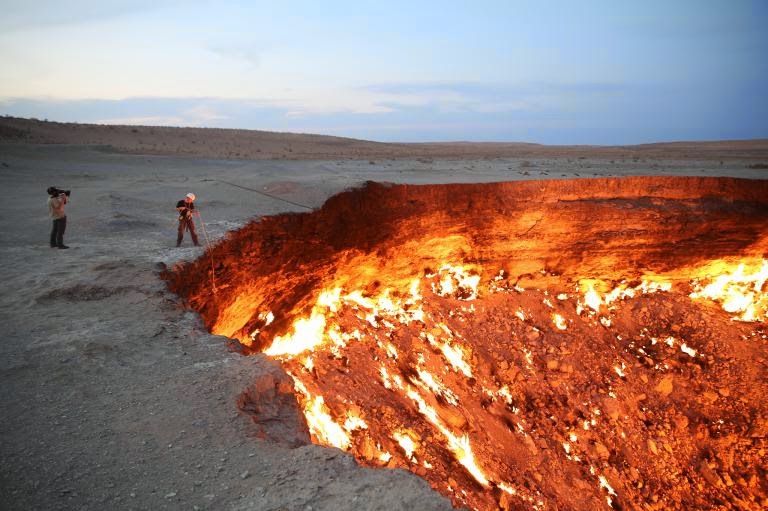 Admit it: You've always wondered what being in hell feels like. Can it really be THAT hot? Don't you become numb to the sensation of melting skin after a century or two and then it just doesn't bother you anymore? Well whatever the case, you can peer at the closest thing that we have to hell on earth in Turkmenistan, where there exists a giant hole that's been on fire for almost four decades.

The Darvaza Crater isn't a natural occurrence - the Soviets were drilling in the area in the 1970s when they hit a natural gas cavern, causing poisonous fumes to leak out. In order to neutralize the poison, they decided to set the crater on fire. And it's been burning ever since. I'm not sure a large, fiery pit should ever be a tourist attraction, but you have to admit it's pretty awesome.