There's Even a Moat - Wing's Castle 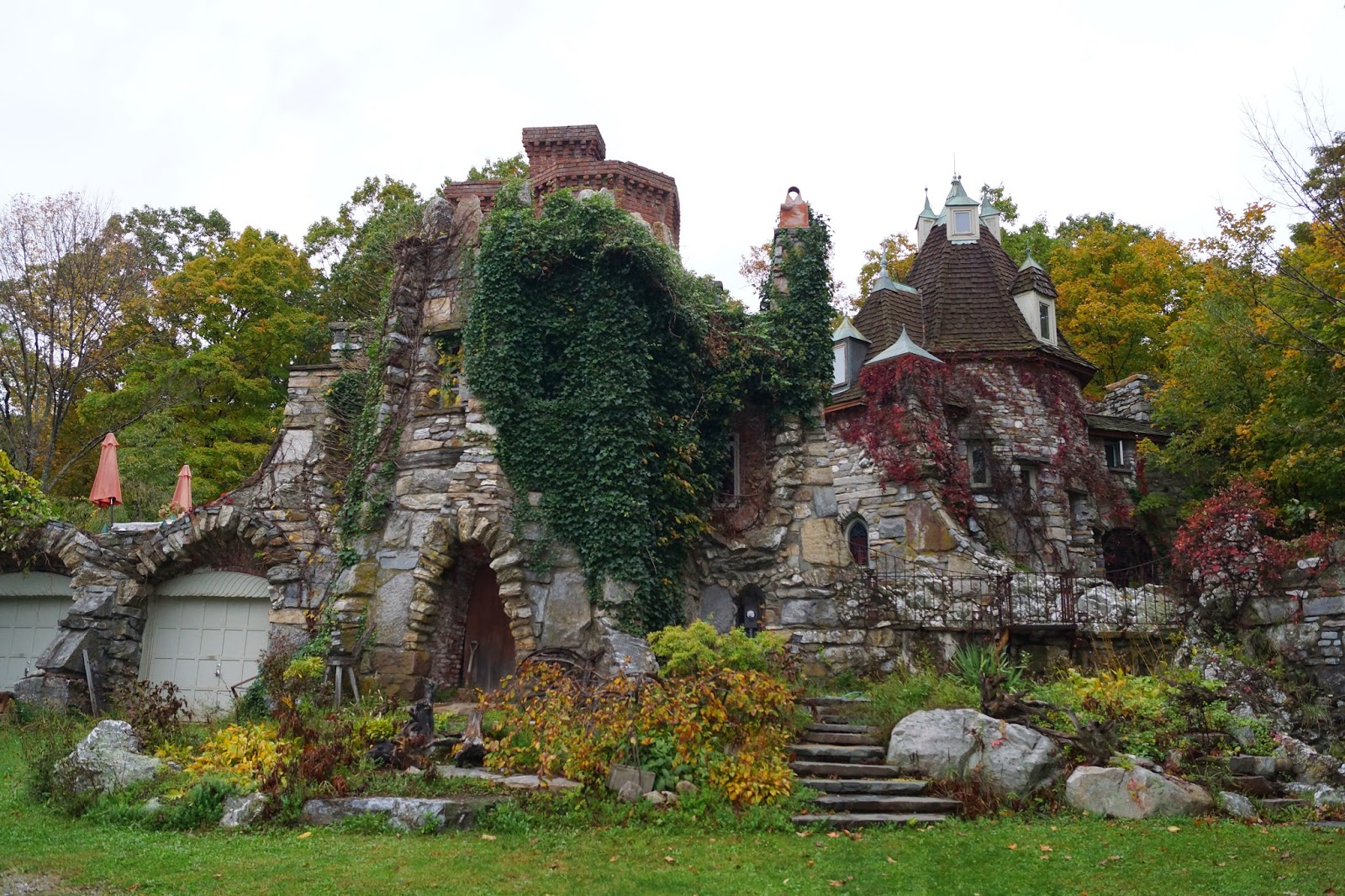 So where would you say this place is? England? Scotland? Try UPSTATE NEW YORK. The owners of a property in Millbrook decided a couple of decades ago that they would build themselves a castle to live in, complete with a moat that doubles as a swimming pool. They call it Wing's Castle.

Mr. Wing built the entire castle by himself, and continues to add to it today, while Mrs. Wing gives tours of their home on weekends. For me, the bathroom was the best room - it's situated in one of the turrets and looks every bit like I'd imagine a bathroom would in a castle. But instead of a chamber pot, there's an actual toilet. Guess there are some modern amenities that are too wonderful to pass up.