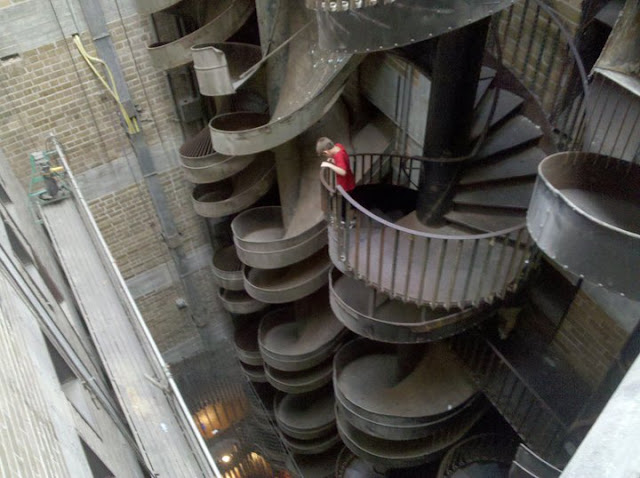 What's the best part of the playground - the swings? Nah. The monkey bars? Boring. The see-saw? That's just an accident waiting to happen. Here's the correct answer: the slide! And here's where you can find the most awesome slide in the whole world: City Museum in St. Louis, Missouri, which features a 10-story slide that deposits you in a room called "the Fungeon."

Actually, all of City Museum is pretty cool, created by an artist who wanted to build a museum-playground that would appeal to kids and adults alike. Among other attractions, there's a giant indoor tree house and a human-size hamster wheel, as well as a display of the world's largest pair of underwear. And everything's made from reclaimed materials. But seriously? They had me at "giant slide."